The Board is guided by the Corporation’s mission and vision in the fulfilment of its functions. The Board conducts a review of the Company’s vision and mission, strategies and corporate governance practices on an annual basis and provides for necessary improvements. In line with this, the Board also ensures the adequacy of internal controls and risk management practices, accuracy and reliability of financial reporting, and compliance with applicable laws and regulations together with the implementation of the Company’s Code of Ethics.

The Board is composed of nine (9) members (each a “member” or “director”), more than 50 percent of whom are independent and/or non-executive directors. Independent directors may serve for a period of not more than nine (9) years.

Ayala Land Board of Directors

To view the Board of Directors Charter, click on the link below: 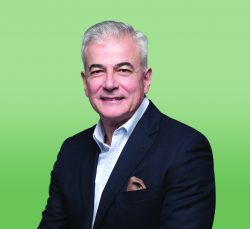 Fernando Zobel de Ayala, Filipino, 59, has served as Chairman of the Board of ALI since April 1999. 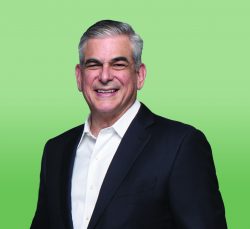 He is the Chairman and CEO of Ayala Corporation since April 2006. He holds the following positions in publicly listed companies: Chairman of Globe Telecom, Inc., Integrated Micro-Electronics, Inc. and Bank of the Philippine Islands; and Vice Chairman of Ayala Land, Inc., Manila Water Company, Inc. and AC Energy Philippines, Inc.

Outside the Ayala group, he is a member of various business and socio- civic organizations in the Philippines and abroad, including the JP Morgan International Council, JP Morgan Asia Pacific Council and Mitsubishi Corporation International Advisory Council. He sits on the board of the Singapore Management University and on various advisory boards of Harvard University, including the Global Advisory Council, HBS Board of Dean’s Advisors, and HBS Asia-Pacific Advisory Board, which he chairs.

He is Chairman Emeritus of the Asia Business Council, a member of the Global Board of Adviser of the Council on Foreign Relations, and Co-Vice Chairman of the Makati Business Club, Chairman of Endeavor Philippines, and a board member of Eisenhower Fellowships.

In 2017, he was recognized as a United Nations Sustainable Development Goals Pioneer by the UN Global Compact for his work in sustainable business strategy and operations. The first recipient of the award from the Philippines, he was one of 10 individuals recognized for championing sustainability and the pursuit of the 17 SDGs in business. 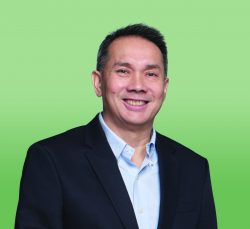 Prior to this post, he was the Head of Residential Business, Commercial Business and Corporate Marketing and Sales.

He has also been a Director of the Junior Golf Foundation of the Philippines since 2010 and has served as Vice Chairman since 2017. 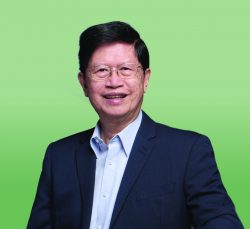 Antonino T. Aquino, Filipino, 72, has served as Director of ALI since April 2009. 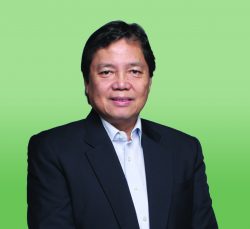 Mr. Corpuz received his baccalaureate degree in Architecture from the University of the Philippines in 1977 and his masteral and doctoral degrees in urban and regional planning from Cornell University in 1984 and 1989. 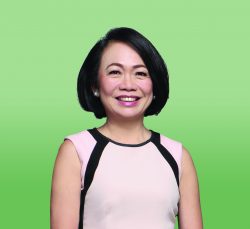 A recipient of the Asia Talent Management Award in the Asia Business Leaders Award organized by the global business news network CNBC. She has also been recognized by the International Association of Business Communicators (Philippines) with the CEO Excel award. She was named by Moneysense Magazine as one of the 12 Most Influential in Personal Finance,  was selected as one of the 100 Most Outstanding Alumni of the past century by the University of the Philippines College of Engineering, and was 2019 PAX awardee of St. Scholastica’s College Manila, the highest award given by the school to outstanding alumni. 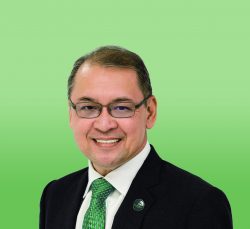 He was previously the Senior Adviser to the AIA Group CEO for Marketing and Distribution. AIA Group Limited is the leading Pan-Asian insurance company and is the parent firm of the Philippine American Life and General Insurance Company (PhilamLife).

Prior to this position, he was the President and Chief Executive Officer of Philam Life, Chairman of The Philam Foundation, Inc. and Vice Chairman of BPI Philam Life Assurance Company.

He earned his Master’s Degree in Business Management with distinction from the Asian Institute of Management in 1986 and was one of the 10 Outstanding Graduates of his batch at the University of the Philippines where he obtained a BSBA degree with a double major in marketing and finance in 1983. He was awarded Most Distinguished Alumnus of the University of the Philippines’ Cesar E.A. Virata School of Business last December 2013.

He is also a fellow with distinction at the Life Management Institute of Atlanta, Georgia, USA, a Registered Financial Planner and a four-time member of the Million Dollar Round Table.

Mr. Mendoza was a professor of Marketing and Computational Finance at the De La Salle University Graduate School of Business. He taught strategic marketing, services marketing and services strategy. He has served as Chairman of the Marketing Department and was awarded as one of the University’s most outstanding professors.

He is the author of the books “Trailblazing Success” and “Firing on all Cylinders” which are certified national bestsellers. 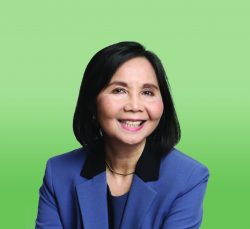 Ms. Nuesa is the President and Director of the ALFM Mutual Funds Group.

She is also an Independent Director of FERN Realty Corporation. She is a Senior Adviser to the Boards of Metro Retail Stores Group, Inc. and Vicsal Development Corporation.

She is a member of the Boards of Trustees of the Institute of Corporate Directors, the Judicial Reform Initiative, and the Financial Executives (FINEX) Foundation.

In addition, she also held previous positions in management operations and has been active in speaking and lecturing engagements.

She was the Chief Finance Officer and Chief Administration Officer of IMI from January 2009 to July 2010. She was then a Managing Director of Ayala Corporation and previously served in various capacities in Ayala Corporation, Ayala Land, Inc., and Manila Water Company, Inc. 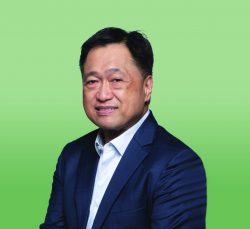 He is an Asia Fellow at the Milken Institute, a global non-profit, non-partisan think tank. He is a founding partner at IKLAS Capital, a pan-ASEAN private equity platform. He is a member of the board of AIA Group Limited, Word Wildlife Fund-Philippines, Inc. and De La Salle University.

He is an  Independent Director of Universal Robina Corporation, a publicly listed company.

He briefly served as Finance Secretary in 2005 and Trade and Industry Secretary from 2004 to 2005. Additionally, he was a member of the Monetary Board of the Philippines Central Bank, and the Governor for the Philippines at the Asian Development Bank and the World Bank.

He was named Finance Minister of the Year seven times in six consecutive years by a number of publications, a first for the Philippines.

He is a certified public accountant and has extensive experience in public accounting both in the Philippines and abroad.  He obtained his Bachelor of Science degree in Commerce Major in Accounting and Financial Institutions from De La Salle University in 1979. He earned his Master of Business Administration degree from Kellogg School of Management, Northwestern University, Illinois in 1983 and Doctor of Humanities honoris causa degree from Angeles University Foundation of the Philippines in 2012.